Road to humanity //
Life, on a break

Life, on a break 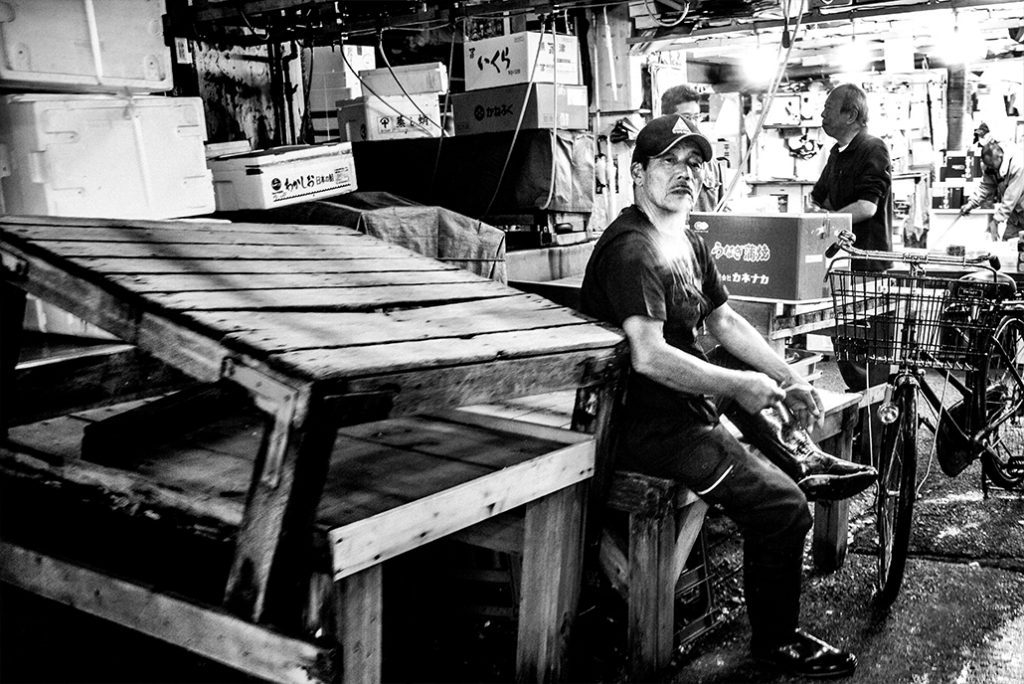 A break, just enough time for a cigarette.

I visited Tsukiji every day for several days, to explore, to shoot, to get the idea.

And, in the late morning, this man would always be there: in the same place, wearing the same clothes, next to his bicycle, in the same position. Having a smoke. A drag and a puff. A completely ordinary moment which before my eyes began to stretch out, in its identical repetition, day after day, creating a new dimension. The suspension between the end of the working day, which for the wholesalers here is the morning, and the start of the rest of life, lying in wait outside the market.

This is the moment that gave me the inspiration for a road to follow. I couldn’t see the destination yet (which is the book resulting from the project today), but the direction was clear to me: the observation of humanity most loyal to itself, with no filters, after the frenzy of the auctions and before they start again, for the umpteenth time.

I began looking for other moments like this. Tsukiji opened its doors to me, to be seen as never before, almost wanting to offer its authenticity. 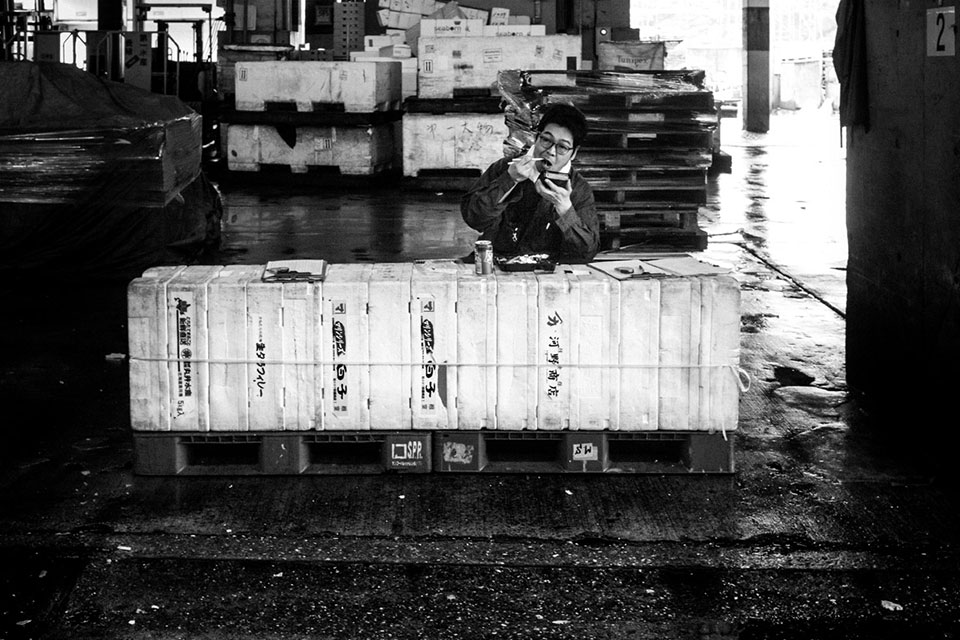 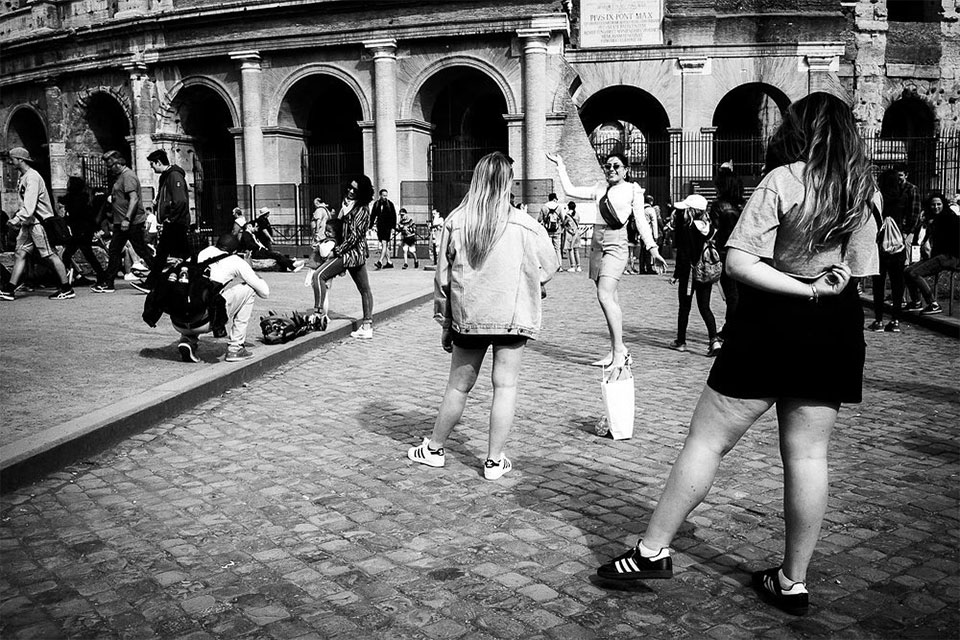